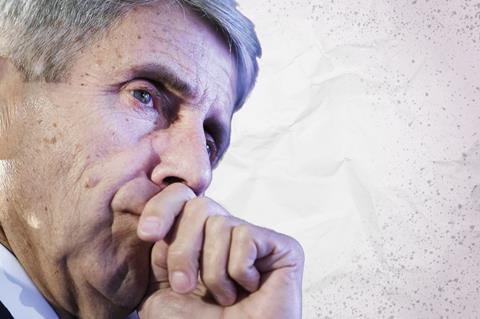 UK supermarkets are confident they will be able to cope with the increased demand sparked by the coronavirus outbreak, as pictures of empty shelves raised concerns about potential food shortages. However, worries are mounting as to the security of supply chains, with half of the food consumed in the UK coming from overseas, including 30% from the EU (BBC).

Ocado chairman and former M&S boss Stuart Rose has urged Britons to stop stockpiling groceries saying “nobody will starve” because of the coronavirus outbreak. He reassured there is no shortage of food and urged shoppers to “show some restraint” and avoid wasting (The Guardian).

Farmers and food manufacturers have also reassured Britain is not about to run out of food as images of empty store shelves have shoppers panicking. Workers at meat plants have said premium cuts of beef – which would normally go to restaurants - are “piling up faster than they can get rid of them”, while farmers are redirecting products from foodservice outlets to supermarkets as fast as they can (The Telegraph).

The fishing industry has suffered a major blow from the closure of restaurants in the lockdown, with the price of fish plummeting as the majortiy of demand halted (The Telegraph).

Food wholesalers are asking the government for help as they struggle to distribute around £20m worth in fruit,vegetables, fresh meat and dairy products no longer required by restaurants, hotels and schools. Most of the food, would not be possible to sell in retail stores due to packaging size and lack of clear labels required when selling to ordinary shoppers (The Guardian).

The rise in online shopping spurred by the coronavirus outbreak will further erode supermarket’s already thin margins, argues the FT, as online delivery is far more labour intensive than just stacking shelves and supermarkets already find themselves short-staffed as they try to cope with the virus-inflated demand (The Financial Times £).

Meanwhile, food delivery apps like Just Eat and Deliveroo are struggling even at a time when restaurant closures and a nationwide lockdown seem like the perfect scenario for them to boom. With some of the biggest brands, including McDonald’s and Wagamama closing even to delivery, over the past week UK takeaway orders have fallen significantly (The Financial Times £).

The British Chamber of Commerce has written to bancks’ chiefs urging them to publish data on the speed at which applications for the government-backed loans are being processed as well as the terms customers have to sign, in an effort to fast-track applications for the “lifesaving” loans (The Telegraph).

Two non-executive directors at Morrisons have quit in an escalating row over corporate governance, criticising the closeness between CEO Potts and chairman Higginson. Neil Davidson and Tony van Kralingen handed in their resignations on Thursday (The Financial Times £).

UK retail sales have plunged in February due to bad weather keeping shoppers at home, even before the impact of the coronavirus outbreak led to the closure of all non-essential stores (The Financial Times £).

Shopping centres owner Intu has received less than a third of the rent it was owed by its tenants, pushing further on the brink of collapse (The Financial Times £). The company received only 29% of the rent due compared to 77% at this time last year (The Telegraph). Intu is now in talks with lenders and the government to access emergency support after failing to receive the rents due. The business warned it would breach the terms on its debt commitments, as it was already struggling before the virus hit having amassed £4.5bn of debts (The Times £).

Frozen concentrated orange juice is one of the best performing commodities this year, rising 25% to $1.214 a pound since the start of January as consumers seek to boost their immune system upping their vitamin intake (The Financial Times £).

Several Michelin starred and high-end restaurants have started delivering simplified versions of their menus across big UK cities as they attempt to stay afloat through the coronavirus lockdown (The Financial Times £).

Burger chain Byron has hired KPMG to explore options for accessing emergency funding and explore how it can survive the coronavirus crisis (Sky News).

Meanwhile, The Restaurant Group has said that 61 restaurants of its 80 Tex-mex chain Chicquito will not reopen after the coronavirus crisis has passed. The Wagamama owner also said it would permanently close its 11 Food and Fuel pubs in London, with the decisions leading to the loss of around 1,500 jobs (The Guardian). The chain is set to be the first big hospitality casualty of coronavirus as it appointed a notice of intention to file for administration (The Times £).