Average household bins a month's worth of food every year, survey reveals 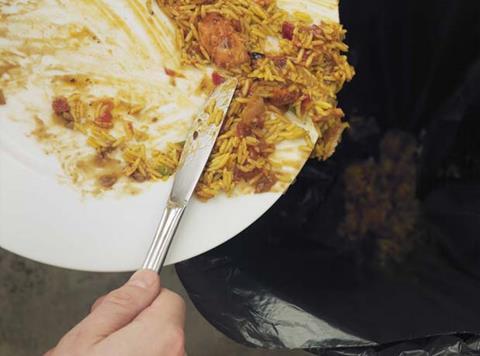 A new survey has shown that the average UK household throws away four weeks’ worth of food every year.

Kitchen appliance specialist Glotech Repairs questioned 1,000 people for its latest food survey and asked them to estimate the amount of food from their weekly shop that was typically thrown away and wasted.

The survey also revealed that the average household bought 365 eggs a year, 231 pints of milk, 157 rashers of bacon and 55 loaves of bread.

The most commonly thrown away items from the typical shopping list were those that rotted quickest including fruit, vegetables and bread. Almost 10% of these were binned, equating to 18 potatoes, 16 carrots, 15 apples, 13 bananas and four loaves of bread each year.

The survey also found that 46% of Brits kept their bread in the fridge, though this sped up the growth of mould, Glotech said.

The national charity FoodCycle labelled the survey as further “quite shocking” evidence of the negative impact of food waste.

“We find it so hard to believe that in 21st-century Britain the level of food waste is so high at the same time food poverty is so high,” a spokesman said.

“We know that there is good food that can be put to good use which can be saved and that is a challenge which we want to overcome.”

In May, The Grocer launched the Waste Not Want Not campaign with the aim of reducing the food waste generated by the food and drink industry.

Our campaign followed a report from Wrap, which exposed that 1.9 million tonnes of all food and drink waste generated by supermarkets and their suppliers was thrown away with 1.1 million tonnes (or 56%) of that waste being avoidable.

The Grocer is seeking to unite the industry, and to lobby the government, to achieve a greater reduction in food and drink waste, and to increase the amount of edible food that is redistributed to feed needy people.