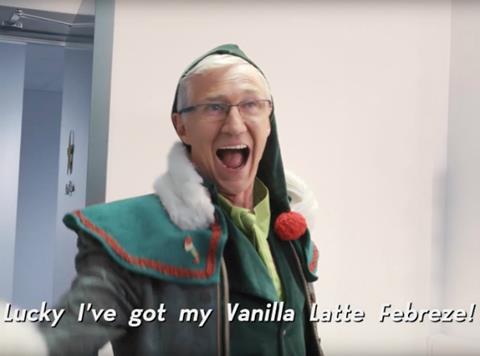 The campaign will feature a video called Twelve Stinks of Christmas, which will see O’Grady sing alongside The London Community Gospel Choir about all the nasty smells which emerge during the festive season, with Febreze to rescue the day.

The video will be supported by POS materials which will call for shoppers to ‘get ready for guests’ with Febreze and P&G’s other homecare brands Fairy and Flash.

The campaign, which will run throughout November and December, features the Febreze Christmas range of air fresheners: Spiced Apple, Vanilla Latte and Frosted Pine (rsp: £3 or £5 for plug in with 3 refills).

“People naturally entertain more friends and family at home during the festive period,” said Scott Popham, communications manager at P&G UK. “Air care is usually an impulse purchase, but at Christmas for many it becomes a firm addition to the shopping list.”