Food labelling: doing what it says on the tin

I have been drawn to food labelling issues over the past few weeks due to a number of unconnected events. The first involved a large company in the US that ended up paying $7m to settle a class action lawsuit after it turned out its olive oil wasn’t extra virgin or imported from Italy after all.

This kind of behaviour is in stark contrast to the push towards clearer labelling we’re seeing from lots of smaller brands.

By coincidence I gave a couple of lectures over the past two weeks, and blockchain was one of the most widely discussed topics. Consumers are starting to demand a greater degree of transparency, and it’s soon going to be a case of which digital platform companies adopt, not whether they’ll adopt them. 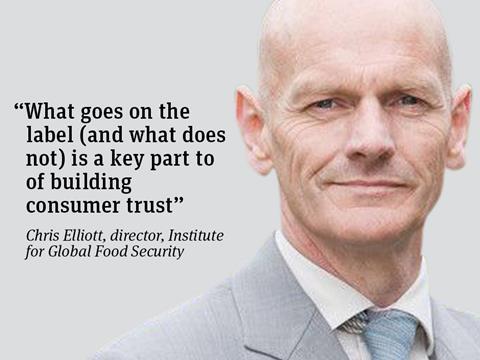 Food labelling is a complex area. I recently took part in a panel discussion on Radio 4 and the views expressed were that there is too much (or too little) information on food labels. There was also a consensus that logos on packaging were somewhere between helpful and confusing.

I came across another labelling issue after buying a bottle of ‘Exotic Mango Diet Coke’. The information on the bottle showed no sugar, no calories and, of course, no mango. I know this is in line with labelling regulations, but why not call it ‘mango flavour’ instead? It made me wonder why so many products try to make us think the pictures (and words) on labels are actual ingredients when they’re not.

Over and again data shows consumers have much lower levels of trust than ever. Conscientious businesses have tried to address this. What goes on the label (and what doesn’t) is a key part to this.

Having so many logos that infer higher quality, better animal welfare, sustainable sourcing etc only helped confuse consumers. We in the UK should lead the world on having a system based on the six principles of integrity: each scored out of five, and the label stating a number between 0 and 30 to provide a quick guide to the integrity of the product.

I wonder if anyone is ready to take the lead in ‘integrity’ and prove it through the use of innovations such as blockchain? We certainly need it.