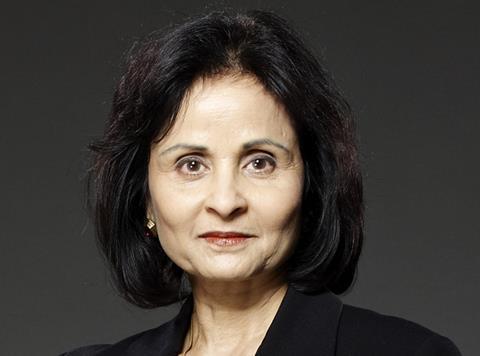 Perween Warsi CBE, the founder and owner of S&A Foods, is considering a potential sale of the Indian ready meals specialist, The Grocer can reveal.

S&A Foods has hired PwC to assess strategic options for the own-label supplier, which was founded by Warsi from her kitchen in the 1970s when she moved to the UK from India and now has a turnover of more than £50m.

The business – which is heavily reliant on its biggest customer Asda – has struggled in recent times.

According to the latest accounts filed on Companies House, turnover dropped 10.5% to £51.5m in the year ending 31 March 2013 as a result of Asda scaling back its range. At the time, it said it was intensifying efforts to broaden its customer base.

Earlier this week, the Derby-based supplier said it was making 55 redundancies in the coming months, as part of a restructuring plan to cut costs and improve efficiency. It comes after the business cut another 70 jobs last year.

S&A confirmed that it planned to start talking to potential investors in order, it said, to help fund future expansion and new product development.

“Whilst it is very early days, the company will be talking to a number of potential investors, and exploring a number of joint venture opportunities, which would enable the business to launch new products into new sectors of the food market,” said a spokeswoman. “There is a long way to go before the discussions reach a conclusion.”

S&A is named after Warsi’s two children Sadiq and Abid. Warsi has previously been the highest ranking woman on Eastern Eye’s annual list of the wealthiest British Asians.