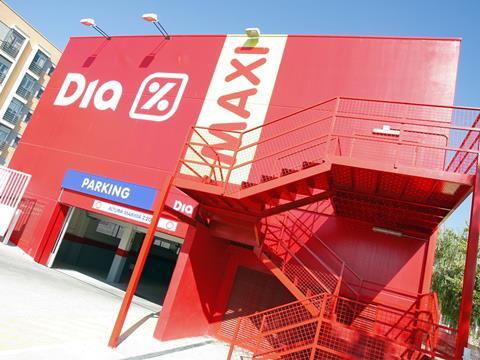 Analysts have dismissed the potential for Morrisons to launch a Netto-type tie-up with Spanish discounter Dia.

Chief corporate officer Amando Sánchez-Falcón told The Grocer last week Dia was open to the kind of collaboration Sainsbury’s had established with Netto to break into the UK market.

However, Bernstein analyst Bruno Monteyne said any link between Morrisons and Dia would only result in the supermarket “cannibalising” sales. Bernstein labelled the Sainsbury’s Netto deal a “strategic masterstroke” because it gave the retailer access to a new growth channel and new geographies. “Any deal between Dia and Morrisons would not have these hallmarks,” Monteyne added.

And new CEO Dave Potts would likely move back to Morrisons roots, making it even more “lean and mean” as a fresh-led value retailer. “This directly competes with the discounter offer,” Monteyne noted.

Dia has a dedicated ‘fresh’ format store, with manned bakeries, a wide fish range and an extensive selection of fruit and veg. “These would be treading on Morrisons’ toes even more than going in with Aldi or Lidl,” the analyst added.

Morrisons has put in considerable effort in the past 12 months attempting to take the fight to the discounters, with targeted price cuts, range reduction and the Match & More promotion directly aimed at taking the wind from the sails of Aldi and Lidl. Monteyne said adopting an if-you-can’t-beat-them-join-them stance would not be a strong message for Morrisons to send.

“The underlying message is that they are valid alternative to hard discount,” he said. “To suddenly get into bed with a discount chain would be an admission that the discounters are very different indeed and do have an advantage over Morrisons. Where would this leave the original larger Morrisons stores?”