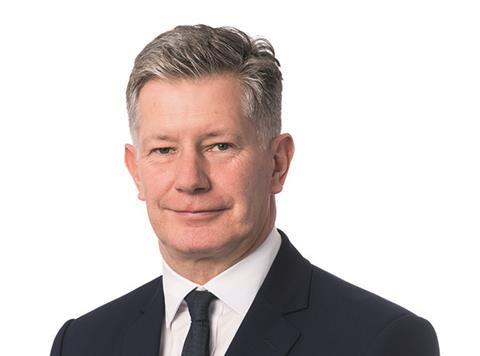 Costcutter owner Bibby Line Group has appointed John Cresswell as CEO to drive the next phase of its growth and investment.

He will join Bibby Line Group on 1 May and take over from Sir Michael Bibby in the summer following a transition period.

Cresswell oversaw record revenue and profits during four years as CEO of communications infrastructure company Arqiva until he left in 2015.

During two decades at ITV he served as CFO, COO and interim CEO.

He has also been a chartered accountant with KPMG, and attended the advanced management programme at Harvard Business School.

“John brings diversity of experience and a wealth of knowledge and skills to lead the group through its next stage of growth and profitability, further enhancing our BLG brand and values,” said group chairman Paul Drechsler. “I would also like to express my thanks and appreciation to Sir Michael for his 26 years at BLG. His leadership through a period of significant growth and also significant change for the group has been invaluable. I am pleased that Michael will remain on the board as a Bibby Family non-executive director so we benefit from his wealth of knowledge and experience.”

John Cresswell added: “It’s a privilege to be asked to lead the Bibby Line Group. The heritage of the family business, its values and the diversity of its portfolio present excellent opportunities.”

The move follows Bibby’s announcement last month that he would step down as MD at the end of the year.

The group has faced turbulent times of late. Its pre-tax profits fell from £29.6m to a £65.6m loss in the year to 31 December 2016 in its first group-wide loss since 1987 as the company faced turmoil in its oil and gas-focused offshore division.