The top 10 new food trends from the Fancy Food Show 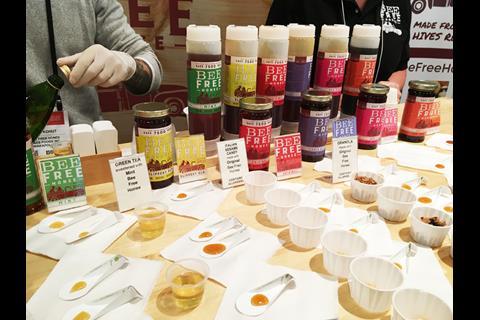 A honey made from apples to “give the bees a break” 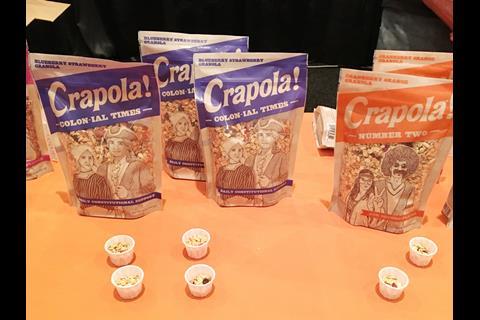 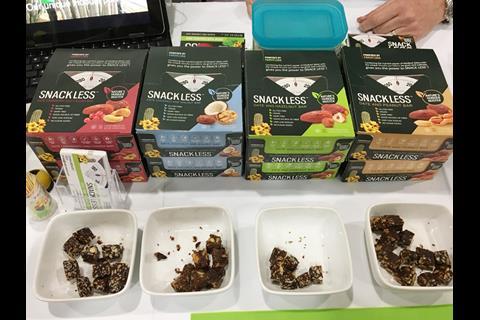 A range of snacking bars and chewing gum with an appetite suppressant to make you, er, snack less 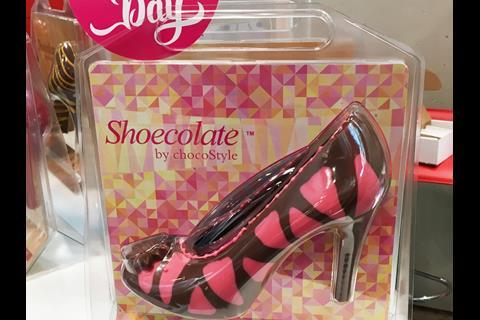 A range of chocolate in the shape of shoes. Because why not? 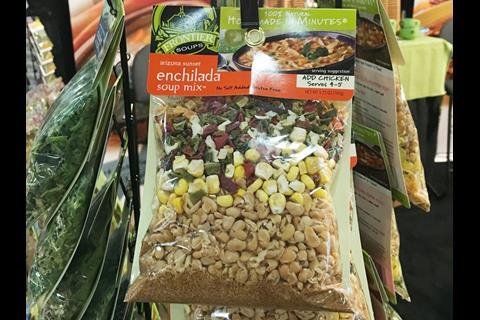 Back to basics designs were popular at this year's event 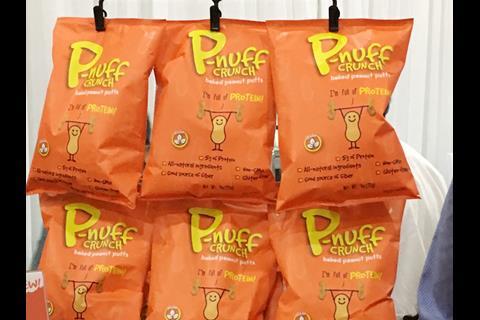 Following on from the 'popped' trend, snacks are now becoming 'puffy' 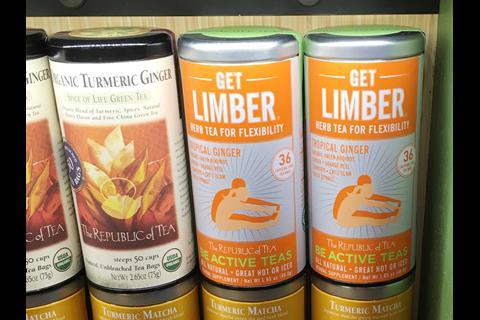 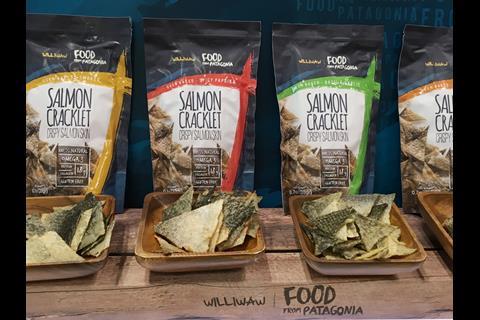 A novel way to use unwanted bits of fish skin 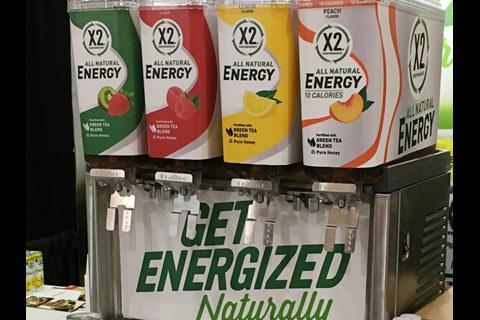 Forget Red Bull, energy drinks at this year's show had a natural image 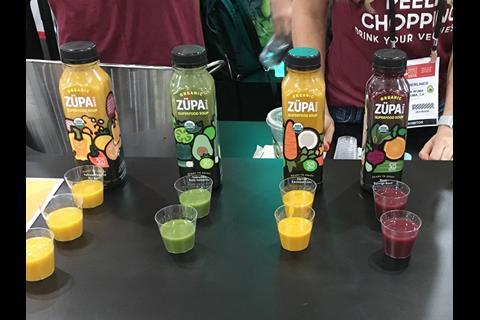 Every year, the cavernous Javits Centre by the Hudson River in New York opens its doors to thousands of global exhibitors, retailers, wholesalers and investors. The Fancy Food Show has established itself as the go-to destination for spotting upcoming food and drink trends. Here are our top 10.

This year honey seems ever more abundant and is moving into fresh new sectors. Bee’s Water from New Jersey displayed a range of honey waters, branded ‘Honey health in a bottle’ - stressing the natural, healthy properties of their drinks.

Bumbleberry Farms had honey cream spreads that can be used on toast, in tea, or on ice cream and yogurt.And now you can get Bee Free Honee made from apples (‘to give the bees a break’) that tastes and looks just like the real deal.

Snacks of all kinds went long and thin this year. On the extreme end of the spectrum was Long Chips from Latvia, which claims to be ‘maybe the longest chip in the world’ with its foot-long rectangular crisp. But there were plenty more ergonomic examples. Baked in Brooklyn showed off gourmet breadsticks including Honey & Mustard and Roasted Chile Pepper. Cheese stick supplier John Wm Macy’s this year also had Sweetsticks in chocolate, cinnamon and vanilla. Meat-based snacking is also moving towards a stick format. Volpi’s range of meat-sticks are ‘The official protein of US Soccer’ and The New Primal was also among the many brands offering sticks with interesting flavours such as in Habanero pineapple and Cilantro lime.

We’ve seen loads of ‘popped’ snack products at previous shows - this year snacks are getting puffy. Eat Real had Quinoa & Kale Puffs while Peeled Snacks’ range of puffs are made from peas. P-nuff Crunch is a puffed snack made from peanuts that claims to keep ‘active kids and adults on the go’, while Puffworks had a similar peanut-based range.

What do you do with those extra bits of fish skin left over in production? You turn them into a savoury snack that is rich in omega-3 and protein, of course. That’s just what Williwaw from Patagonia have done with its Salmon Cracklet range. Think of it as a sort of fishy jerky, albeit a bit lighter and crunchier. Fish Chicharron had a similar range.

Among brands offering more healthy ways to deliver an energy hit, X2 All Natural Energy is an energy drink made using green tea to deliver the caffeine kick, and honey instead of sugar for sweetness. It tastes more like an iced tea than a traditional energy drink.

Runa uses an Amazonian ‘super-leaf’ called guayusa as the base for its “clean energy drinks”. Several tea brands (including The Republic of Tea and Zest Tea) were offering ‘hi caf’ tea with more of a boost than the standard cuppa.

7. A passage to India

Indian spices as a core flavouring were very much in evidence this year. The wonderfully named Brooklyn Delhi had jars of Achaar chutneys and sauces that combined the flavours of India with a little Brooklyn funkiness. Vivra was showing a Curry Cashew chocolate bar that combined ‘Eastern spices with a cashew crunch’. The Republic of Tea use turmeric in combination with other Indian spices within several of their functional teas, including the ‘Get Limber’ variety, which promises to enhance flexibility.

Cheese is always in abundance at the Fancy Food Show, but this year there was a ridiculous amount of the stuff. A number of cheesemakers were trying new ways to add further interest and flavour.

There were a number who appeared to be seeking to outdo each other in creating excessively spicy cheeses (some with tasting warnings!)

More intriguing was the range from Utah-based Beehive Cheese, which rubs flavour into its cheese to produce flavours such as ‘Teahive’ (with Earl Grey tea) and ‘Barely Buzzed’ (Espresso and Lavender). And then there was “solar powered” cheese (from New York, naturally).

To the untrained eye, many of the products at this year’s show looked like smoothies. But brand owners were determined to avoid the ‘s’ word. Instead these savoury products look like smoothies but are in fact - drum roll, please - ‘cold drinking soups’. Tio Gazpacho offers six varieties of chilled soups made using natural, fresh ingredients. Zupa from California has a similar range of ‘superfood soups’ and Fawen Drinkable Soup claims “up to 85% less sugar than fruit juices and smoothies”.

Sturia from France is seeking to address the slightly intimidating image of caviar via small tins titled In Love, Happy, Relax, even ‘Crazy!’