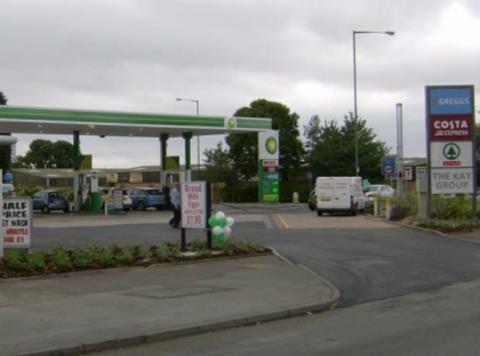 Forecourt operator The Kay Group has seen its turnover soar by 14% to £96.4m, which it attributed to food-to-go franchise innovations launching in two new sites.

Operating profits also rose by 4.9% to £2.6m for the year ending 31 October 2017, thanks to “expenses being tightly controlled”.

Its new Irlam site hosted the world’s first Greggs Drive-Thru store, while the launch of a location in Ellesmere Port saw The Kay Group introduce its first standalone Costa Coffee drive-through. A new site in Crewe was also added at the start of the financial year.

The Crewe and Irlam sites were heavily promoted to drive footfall, which hit gross profit and reduced margins.

The news comes as the company actively seeks out further sites for this financial year.

“The company’s tangible fixed assets increased as a result of the continued investment into acquiring and developing new sites. There was also a decrease in debtors. Much of this was due to the forgiveness of a £1m inter-company loan owning by a fellow subsidiary,” said company secretary Simon Fielding.

“The company has agreed contracts to purchase and develop at least two new sites in the 2018 financial year. The first is expected to open around June 2018, and the other around October 2018. The company continues to search for suitable locations to develop.”