Watch out for organic fraud!

From time to time I write about issues I observe in national and international food supply systems. This time it’s back to the subject of hardcore food fraud.

We have had a few scandals of late in the UK but compared with what is going on in Belgium at the moment, they are relatively small scale. A number of disturbing allegations are emerging about a large Belgian meat company, ranging from rotten meat being exported to Kosovo to ‘ordinary’ meat being sold as organic, and imported meat being labelled as Belgian. 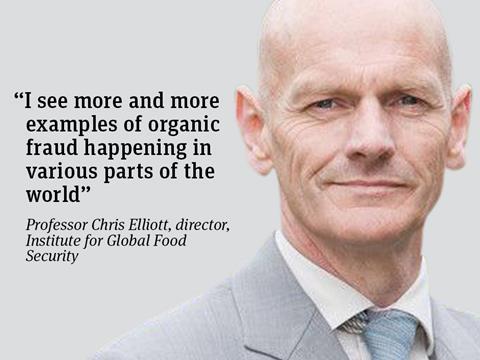 Worryingly, it seems Belgian authorities had a tip-off about this more than 18 months ago but for unknown reasons, no action was taken until recently.

All in all, a bad situation for Belgium and, again, the red meat industry is put under a spotlight for all the wrong reasons.

The fact there are allegations about ‘fake’ organic meat in particular should make everyone in the UK food industry take notice.

For several years I have warned that I believe the organic sector to be highly vulnerable to fraud. For my efforts, I have been on the receiving end of some fairly negative feedback from some within the organic movement. Quite possibly this will happen again, but I see more and more examples of organic fraud happening in various parts of the world and I am concerned this will hit the UK at some point.

Science has yet to deliver reliable ways of detecting fraud in organic foods (though we are working hard on this).

I also believe the level and frequency of checks, inspections and audits are not geared to pick up fraud in organic supply chains.

Put these two facts together and you get the word ‘opportunity’.

For now, I await a few angry calls and emails in response to this article, which will be fine. However, may I suggest that if you are involved in producing, buying or selling organic, you gather your teams together to think about how to protect yourself - and your sector - better from criminals who will exploit any and every small chink in your armour.

The opportunity is there. Someone will take it.