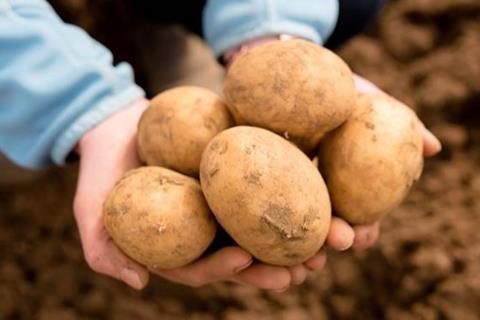 Industry bodies have welcomed news of the EU’s decision to grant third country status to the UK, a move which came as the UK was poised to sign a trade deal with the EU on Christmas Eve.

However, concerns remain over the lack of detail in the announcement and its exclusion of the seed potato industry – a lucrative source of income for growers.

Third country status means the UK has met EU standards for animal health and biosecurity. Approval allows the UK to export meat, fish and dairy products, as well as plants and seeds, to the EU.

Announcing the move, Defra said it would provide certainty for a market worth more than £5bn a year to the UK.

“Third country listed status demonstrates our very high standards of biosecurity and animal health which we will continue to maintain after the end of the transition period,” said UK chief veterinary officer Christine Middlemiss.

“[It] is a step forward in the government’s preparations for the end of the transition period,” she said in a statement.

“While this listing is good news, we must bear in mind there will be significant friction for our exports to the EU from 1 January and it’s crucial the government minimises this disruption as much as possible in the time remaining.”

Disruption is anticipated to come from the requirement for all exports of animal origin to enter a border control post and be accompanied by an export health certificate signed by an official vet – an occupation the UK is said to face a “critical” shortage of.

The British Meat Processors Association said there was also missing detail from the announcement on what extra information, if any, needed to be applied to health certificates. The industry body cited the examples of whether TB or Trichinella testing would be required.

“Without this detail our members are now going to lose the last few precious preparation days they have left, which they could have used to get ready for the new export system,” explained BMPA CEO Nick Allen.

“Instead the industry must simply hope nothing nasty is included in the UK’s final health status listing. And if, for example, it transpires that standstill is needed for sheep, this would mean all trade in sheep meat with the EU would instantly stop on 1 January.

“Simply getting third country listing status is just the first part. It’s the missing details that will make the difference between trade or no trade with the EU in January.”

Concerns also remain about the export of seed potatoes – a key crop for Scottish growers.

The industry has been told by Defra that third country status does not apply to these potatoes. Speaking to BBC Radio 4 this morning (24 December), Minette Batters said it was now unlikely 4,000 tonnes of these potatoes – equivalent to £1.5m in value – would gain access to the EU by the end of 2020.

“Scottish seed is some of the best quality and safest, disease-free seed in the world. That’s just a well-known fact. So why the EU has pushed on with this import ban is beyond me,” said veg supplier Nationwide Produce’s group MD Tim O’Malley.

O’Malley said he understood seed potato growers were “determined to continue to fight” to secure a compromise from the EU.