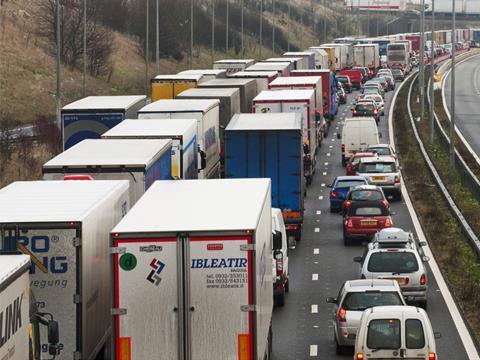 Food and drink companies are hatching plans to stockpile products in the UK and in European export countries to safeguard themselves from the threat of Brexit border chaos.

The Grocer has learnt some suppliers fear ports such as Dover will grind to a halt once the UK’s departure from the EU is completed, despite negotiations this week which look set to result in a transition period lasting until the end of 2020.

With organisations like the BRC warning of widespread shortages on the shelves in the advent of delays at ports and borders, it has emerged suppliers of food with longer life spans, such as frozen products, are making contingency plans.

These could see them stockpile up to six months’ worth of products and ingredients, either in warehouses in the UK or with suppliers abroad.

One managing director of a frozen products company said his business, which exports to and imports from several European suppliers, was drawing up “contingency plans” which involved storing up to six months’ worth of goods in advance of Brexit.

“We think it’s about being pragmatic. We’ll build a stockpile so we have that ready on both sides of the border well before the cut-off date.

“We are in a category where we could do that, unlike areas such as fresh food that won’t have that luxury.

“If there are going to be 40-mile queues at Dover, we’re not going to say well, we’ll wait until this gets better.

“We believe we should be able to come to an agreement with our partners, who are across Ireland, Spain, Italy, Germany and Greece to make this work.

“It’s a one-off to fix what we hope will be a temporary problem in the belief that ultimately common sense will prevail.”

Another supplier added: “Our overall approach is to hang fire till we have clarity moving forward of clear actions behind the transition plan.

“At this stage nothing is fixed and certainly we will monitor developments closely over the next few months.”

The moves by suppliers come as EU ministers agreed plans with the UK government for a transition period, which negotiators have said should last from the day of Brexit on 29 March 2019, to 31 December 2020.

“We just don’t know what the situation will be post January 2021,” warned one senior industry source.”Businesses are beginning to look at this idea of stockpiling and it’s not just in food and drink.

“Part of it is driven by the fear of chaos at the ports. It’s a bit like the year Y2K insurance policy situation, when there were all the fears over the Millennium Bug.

“The trouble with stockpiling is what happens if there is a change to customer orders. It is very costly potentially and most importantly it ties up working capital.”

Last month the FDF warned “lengthy custom procedures and delays at ports and borders” posed a “real risk” to companies and consumers, with the potential for red tape to impact on £12bn worth of exports to Europe from the industry.

And having previously steered clear of mentioning any downside to Brexit, Sainsbury’s CEO Mike Coupe warned in September

that border checks would “add cost, and also has a detrimental effect on freshness - if you’re shipping fresh produce from a long distance, even a few hours of delay can make a material impact.”