Will food safety regulation be too light-touch after Brexit? 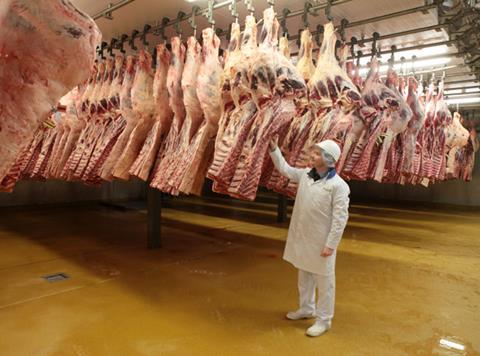 With the PM itching to press the button on Brexit – and the government still intent on triggering Article 50 by the end of the month – the winds of change could be set to blow through the UK food sector’s regulatory landscape over the coming months.

As The Grocer has reported on several occasions during the past six months, it appears the FSA and its Scottish cousin the FSS are preparing for a post-Brexit paradigm shift in their approach to regulation as they look to shift more responsibility on to food manufacturers and retailers.

Less than five years after the Horsegate scandal, this apparent move towards self-regulation has already prompted concerns from the likes of food policy expert Professor Tim Lang. Last month, he described a recently launched consultation into a “light touch” regulatory system north of the border as “astonishing” and “an outrage”.

FSA chairman Heather Hancock’s revelation that the regulator had recruited Tesco and pub chain Mitchells & Butlers for a pilot scheme has also raised eyebrows. The FSA will make use of their technology, data and audit systems, which could lead to fewer inspections and less red tape.

And as the food sector starts to mull over the permutations of a future unencumbered by European regulations, there could be further hints of a shift towards self-regulation next week, as the FSA board meets for the first time this year.

As we report today, the spectre of Brexit could herald a dramatic overhaul of British meat inspections. Regulators are poised to use the UK’s exit from the EU to rethink the entire regulatory regime.

In one paper set to be discussed at next week’s FSA meeting, the regulator highlights “uncertainty over the future shape of official controls following Britain’s exit from the EU”. It hints there could be a “radical rethink” of meat inspection rules post-Brexit as the UK forges a new regulatory framework for the food sector outside the EU.

A separate FSA report (which will also be discussed at the board meeting), includes a proposal to establish private sector ‘certified regulatory auditors’ responsible for ensuring business compliance with food safety controls.

Food industry insiders were this week quick to point out that nothing has been decided on the future direction of travel yet, and that all options are still on the table.

But as the old proverb goes, if it looks like a dog and barks like a dog, it probably is a dog. And with such a variety of different proposals flying about, all the signs point to a switch in emphasis to a lighter-touch regulatory regime.

In many ways, it would make a lot of sense to move towards more self-regulation. Industry players have the resources, both financial and otherwise, and have made great gains on issues such as tackling campylobacter.

But with the spectre of Horsegate still hanging over us, it’s also bound to make some consumers and food safety experts nervous.

What is certain is that this potentially new direction for the FSA, regulation and ultimately the safety and integrity of our food, will raise many questions – including about the long-term future of the FSA itself.