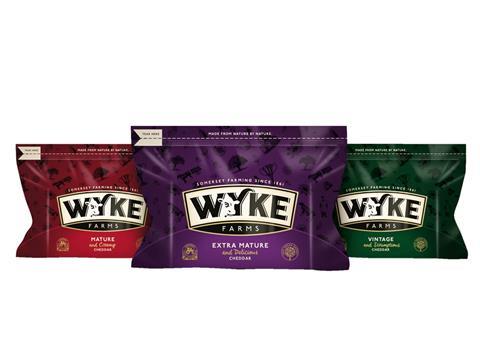 Farmers supplying milk to Wyke Farms as part of its long-term cheese supply deal with Lidl will now be able to fix the price they are paid for the next three years.

The arrangement, which is open to Wyke’s entire supply base of about 130 west country farmers, will allow them to fix between 10% and 50% of their volumes at 28 pence per litre from 1 January.

The move, made possible due to a long-term supply deal agreed between Wyke and Lidl last year, would help its supply base “take volatility out” of the equation during what could become “an uncertain next three years”, said Wyke Farms MD Rich Clothier.

“So we’ve been working with our customers to try and offer farmers a bit of long-term security. Twenty-eight pence per litre is a fair price, and allows farmers to plan for the future of their business and reinvest,” he added. The cheese supplier expected about 30 million litres-worth of milk to come under the terms of the arrangement, he suggested.

The move had been “genuinely well-received” by dairy farmers, who recognised it could help build stability for those supplying into retail, he added, and was a model for future relationships with other retail customers, he added.

It follows a similar move by Müller in April 2018 for liquid milk as part of its three-year supply deal with the discounter.

By securing a fixed price of 28ppl for a portion of their milk supply, members of the Müller Direct farmer group could substantially reduce their exposure to market volatility, which has seen farmgate milk prices suffer dramatic swings during the past few years, it said.

Meanwhile, Wyke Farms has promoted its master cheese grader, Diane Cox, to its board as group technical director. Cox will have oversight of business quality and technical functions.