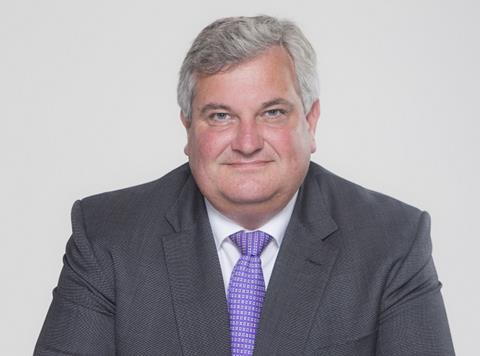 There is only really one retail story dominating the papers this morning and that is news of Mark Price’s departure as MD of Waitrose. Read The Grocer editor Adam Leyland’s blog here.

The John Lewis Partnership confirmed Price would leave in April after a 33-year career with retail director Rob Collins to replace him. The Times said the news took the industry by surprise and that the man dubbed the “chubby grocer” quit to leave himself open to becoming the chairman of Channel 4. A business editorial in the paper opined that the lure of TV was too much for Price. “He seemed happy enough manning the checkout at some free coffee shop otherwise known as Waitrose,” The Times added. “But don’t underestimate the power of TV. Mr Price, who already doubles up as Channel 4’s deputy chairman, is so keen on the top job that he’s jacking in the supermarket chain — just on the off-chance that he succeeds Lord Burns as C4 chairman, in time for its possible privatisation.” The paper also questioned the real motives behind Price’s departure: “the realisation that he would never get Sir Charlie’s [JLP chairman Sir Charlie Mayfield] £1.5 million-a-year job.”

The Financial Times noted that Price would leave the grocer at the start of his tenth year as MD after battling falling profits amid a fierce price war. Jumping ship in the hope of landing the Channel 4 job showed that Price had “naked ambition” despite shrugging off such talk in the past (The Telegraph). “For a man who started out in John Lewis’ lighting and silverware department more than 30 years ago, and worked his way up to become deputy chairman of one Britain’s most beloved companies, Mark Price strangely doesn’t like to talk about ambition.”

The Daily Mail takes another angle on the move and links the resignation to turmoil in the grocery sector and the fact that Waitrose has been battling to increase sales and stop profits falling. “The managing director of Waitrose is the latest grocery chief to head for the checkout in a surprise exit following disappointing profits,” the paper said. It followed an “unprecedented 18 months” in the industry in which almost every supermarket boss has been replaced.

Finally, The Guardian takes a look at Price’s replacement and finds Rob Collins to be an “ultra-low profile ex-John Lewis graduate trainee”. The 22-year veteran of the John Lewis Partnership is the son of former Dixons chairman Sir John Collins.

The latest Kantar Worldpanel market share data also gets some column inches with The Telegraph and The Daily Mail running with the line about British households saving an average £58 in the past year as a result of the freefall in food prices. The Times noted that Sainsbury’s topped the sales rankings among the four big supermarkets, being the only one to record an increase in revenues in a three-month period.