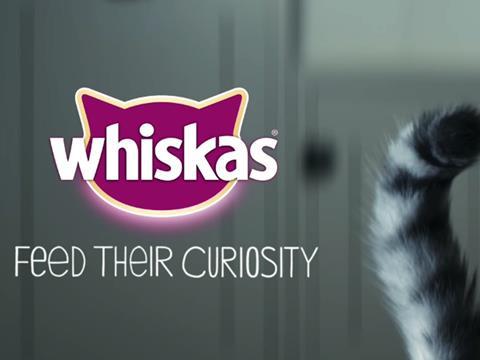 Mars Petcare, the owner of the pet food brands Whiskas, Pedigree and Cesar, has halted supplies to Tesco in the supermarket chain’s latest dispute with a supplier over price rises (The Times £). Tesco has become embroiled in its second stand-off with a big supplier this month in the latest sign of how inflation is straining relations between retailers and producers (The Financial Times £). Supplies of some of the brands owned by US group Mars were running low in stores and online in the supermarket chain’s second fallout with a major supplier in a fortnight (The Guardian).

Sales at UK supermarket chain Sainsbury’s fell over the past quarter as the squeeze on household incomes intensified and customers cut back particularly on big-ticket items such as technology and furniture at its Argos chain (The Financial Times £). The financial pressures facing consumers will “only intensify” this year, Sainsbury’s has warned after it posted a 4% drop in quarterly sales (The Times £). The slump was largely driven by weakness in sales of general merchandise and clothing, which includes its Argos brand (Sky News). The inflationary pressure on households will “only intensify” through the rest of this year, the boss of Sainsbury’s has warned as he said the supermarket would invest £500m in attempting to keep prices low (The Guardian). CEO Simon Roberts said customers were ‘watching every penny and every pound’ as the group also said its Argos and clothing divisions saw double-digit quarterly decreases (The Daily Mail)

Supermarkets are already balancing higher wage, freight and energy costs with keeping up with the competition, but Argos greases the tightrope for Sainsbury’s. Owning the former catalogue retailer makes Sainsbury’s more vulnerable to a decline in discretionary spending than big rivals such as Tesco or Asda. (The Times £)

As Sainsbury’s faces an investor revolt on pay at its AGM today, there is one area of impact, however, that’s been rather glossed over, writes the FT’s Helen Thomas. Sainsbury’s directly-employed staff earn the living wage but its contractors and agency staff don’t. Accreditation gives three years to bring those workers up to the required pay levels. Sainsbury’s discloses very little about this workforce, which includes outsourced services such as cleaning and security. (The Financial Times £)

The Guardian’s Nils Pratley writes: “ShareAction has collected some high-profile supporters and deserves credit for ratcheting shopfloor pay up the boardroom agenda. The board of Sainsbury’s has been forced to pay attention. But a shareholder resolution at a single company is still an imperfect weapon for a scrap over low pay that really relates to sector-wide and national issues.” (The Guardian)

Ben & Jerry’s yesterday sued parent Unilever to block the sale of its Israeli business to a local licensee, saying it was inconsistent with its values to sell its products in the occupied West Bank (The Times £). Ben & Jerry’s is suing parent company Unilever for ending its boycott of occupied Palestinian territories, saying the decision has harmed the “social integrity” of the ethical ice cream brand (The Telegraph).

Butter brand Lurpak has said the price of its products has gone up so that dairy farmers get a fair deal. Lurpak was trending on Twitter as shoppers expressed shock at the price of the spread in supermarkets. (The BBC)

Motorists were hit by a record monthly hike in petrol prices in June. (Sky News)

Boris Johnson’s much-lauded trade deal with Australia will cut the price of an imported bottle of a wine only by “a couple of pence”, according to a critical report by MPs, which urged the prime minister not to oversell the benefits of such agreements. (The Financial Times £)

A dangerous strain of salmonella is becoming more common in meat in the UK, unpublished government records show. (The Guardian)

England’s biggest sparkling winemaker has hired a smooth-talking, perma-tanned South African as chief executive as it seeks to move up to the global luxury stage. (The Times £)