Birds Eye Inspirations is most successful new product launch of 2014 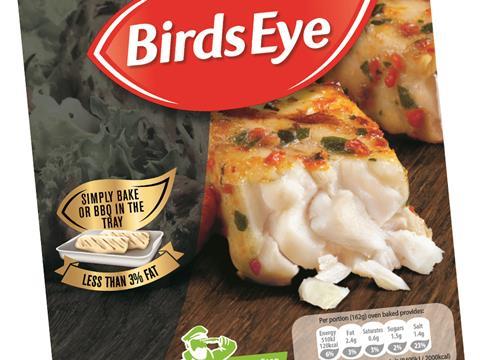 Birds Eye Inspirations has defied a slump in the frozen fish and meat category to be crowned the most successful new product launch of 2014.

A study by Kantar Worldpanel has revealed the biggest launches of the year - by value sales - with Birds Eye’s range of premium frozen fish and chicken dishes taking top spot after racking up £31.3m from its March launch to the end of the year.

“This is reinforcement of our belief that innovation is a critical driver for the category,” Birds Eye MD Andy Weston-Webb told The Grocer this week.

“Compared with other ranges, Inspirations commands a significant premium but still provides a meal component for less than £2. People will pay these prices for quality food that’s easy to prepare.”

With freezer space being squeezed in the major supermarkets, frozen meat and fish have suffered a 3.1% value decline on volumes down 5.5% [Kantar Worldpanel 52 w/e 7 December].

The overall Birds Eye brand is in decline as a result, but Weston-Webb rejected the suggestion that Inspirations had cannibalised existing Birds Eye fish and chicken products.

“The frozen category decline has been the most extreme driver for everybody,” he said. “Inspirations has brought new occasions and consumers to the category.”

It had also helped Birds Eye beat brands including Garnier and Kingsmill in the ranking of biggest new launches of 2014, a year in which 3,000 new fmcg products hit the market, generating £1.5bn.

Kingsmill Great White was second most successful, with sales of £29.4m. Owner Allied Bakeries backed the NPD with a £6.7m campaign with the aim of making it a £100m brand in three years. 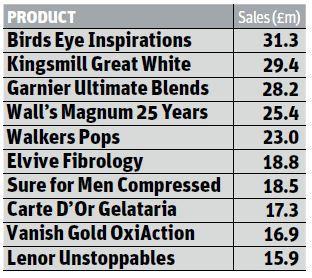