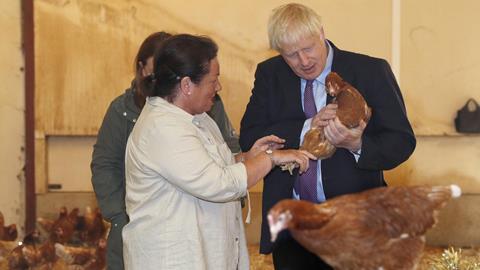 What does government’s NFS response mean for future food policy?

It’s not so much a white paper as simply ‘a list of policies’. But the government response to Henry Dimbleby’s work sets out a direction of travel

The two reports weigh in at nearly 400 pages, and took almost four years to produce. Henry Dimbleby’s National Food Strategy (NFS) was a thorough analysis of the problems in the UK’s food system, with wide-ranging proposals for transformation.

This week, the government produced a mere 27-page response – widely branded a damp squib. Aside from arriving six months later than promised, the white paper is short on detail and fails to address many of Dimbleby’s main recommendations, such as a tax on products high in salt and sugar.

The Leon founder himself tells The Grocer: “It’s not a strategy. It’s a list of policies.”

Yet despite howls of anger from the health lobby and sustainability groups, the government response has taken on board some potentially pivotal recommendations (see box, below).

Among them, by the end of 2023, companies in England must begin reporting against metrics on health and “possibly” sustainability and animal welfare. Plans have been confirmed for mandatory reporting on food waste, at least for larger companies. Dimbleby has suggested this should include transparency on issues such as sales of fruit & veg, fibre, country of origin and the proportion of sales from meat.

So despite the government response falling short of expectations, one school of thought believes Dimbleby’s NFS will go on to have far-reaching implications for the industry.

The reporting recommendations are one example of this far-reaching effect. These are based on Dimbleby’s original vision: a National Food System Data Programme to track progress across a number of metrics. The Grocer understands this became a huge source of conflict between industry and the NFS team within Defra.

So instead of simply pressing ahead with the proposal, the government’s strategy proposes a new Food Data Transparency Partnership, which promises to bring together government, industry and NGOs to look at exactly what metrics could be used to underpin reporting.

GS1 UK chairman Chris Tyas, who has chaired the Food Resilience Industry Forum, claims the sharing of such data could set the health and sustainability agenda for the next decade and beyond.

“Covid showed there was a paucity of data to make decisions,” he says. “We did not have a proper system of data that could be shared between industry and government.

“The task now is to come up with the right metrics of sustainability, animal welfare and health,” he adds.

Yet many are highly sceptical about moves to force companies to share more data. 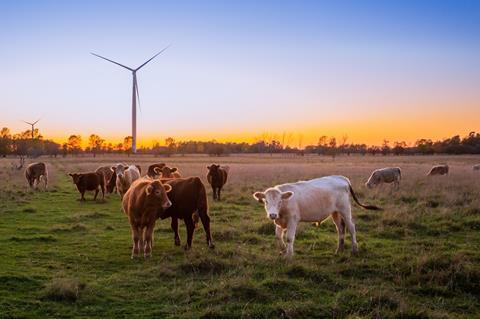 “During lockdown and Brexit, Defra became obsessed with data,” says one leading supplier source. “‘We must have more data’ was the cry. Yet they underestimate just how time-consuming and onerous this can be for manufacturers.

“What the government and the NFS fail to recognise is the huge diversity in the industry. We are not talking about just four big supermarkets, we have 8,000 businesses, many small.

“Not only can many of those ill afford it, they also operate in diverse ways which don’t lend themselves to onerous centralised reporting mechanisms.”

The Grocer understands the Food Sector Council and IGD have been in discussions over how such a new system could potentially operate.

“It got a significantly muted response,” adds the source. “It’s not just a real concern for smaller firms but the other question is, who will control the legal enforcement?”

Dimbleby says the recommendation for mandatory reporting across health and sustainability is just one of the big wins of his work. So he does not share quite the disappointment of health groups.

“Part of the reason people are unhappy is because these policies have come out not through one response but in stages. We had the poverty stuff last year, then they had the levelling up white paper, now this.

“I do think we’ve seen some real progress. More than half of my 15 proposals have now been taken up,” he points out.

His biggest regret is the government’s “ducking yet again” the proposal for animal welfare and environmental standards to be written into trade deals. But he believes he has succeeded in “rewriting the narrative”.

“The government has accepted my idea of the junk food cycle,” he says. “It’s an acknowledgment that the food system is unsustainable. The question now is how much damage is done before it shifts into a new mode of operation.”

One threat to achieving this change, as Dimbleby sees it, is industry lobbying against his proposals. He accuses organisations such as the FDF of using the cost of living crisis as an excuse to torpedo regulation.

But if former FDF CEO Ian Wright is anything to go by, the industry realises the direction of travel. Wright wrote in a blog this week that it would be wrong for the industry to think it has “escaped” regulation.

“Companies cannot assume they have escaped further interventions, though the most ambitious proposals for taxes have been rejected,” he said.

Wright acknowledged Dimbleby’s work could form a “guide as to how a possible future Labour government may respond” to obesity and environmental challenges.

Tyas also points out it was “unrealistic” to expect the government to address such a wide-ranging report in one hit. “Henry’s recommendations were so widespread it was never going to be possible to tackle them that way, even before Covid and the war in Ukraine.”

And he has one last NFS engagement planned. “They have asked me to come back in six months’ time and give my thoughts, and I certainly intend to do that,” he says. His verdict will likely say far more than the immediate backlash.