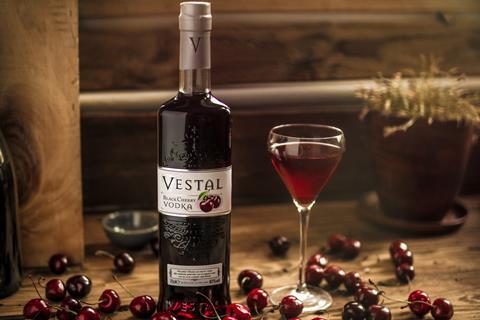 The brand has created a duo of 40% abv flavoured vodkas – Black Cherry and Raspberry & Blackcurrant – in a bid to tap more mainstream drinkers (rsp: £22/70cl).

The duo were “based on traditional Polish fruit-based vodkas known as nalewka”, said the brand, are free from additives and are billed as not being overly sweet and easy to mix.

Going hard for flavours has been Halewood’s modus operandi for some time, having reaped much success from the numerous flavoured gins launched under its Whitley Neill brand.

“Given Halewood’s significant success in flavoured gins with Whitley Neil and JJ Whitley, the company believes it can replicate this success in vodka using Vestal,” said Vestal.

The launch would be backed by an “extensive ad campaign across online media and social channels to drive sales”, a spokesman added.