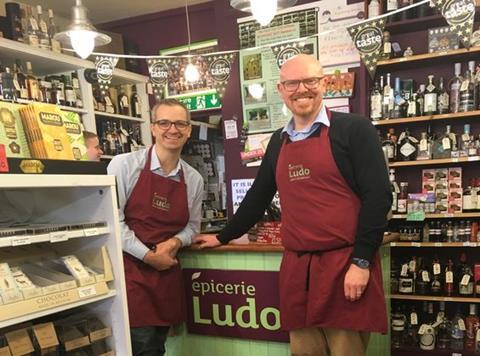 Manchester deli Epicerie Ludo is to open a second store in the same street.

The Chorlton-cum-Hardy grocer and wine merchant hopes to boost turnover by 40% when it opens the 1,000 sq ft premises under the same name a few steps up from its existing store, which it opened six years ago in Beech Road.

Owners Ludovic Piot and Darren Williams secured a £68,000 loan to take on the new café and deli, which will sell fresh olives, cheese and charcuterie, as well as freshly prepared sandwiches, when it begins trading later this year.

“Our decision to open a second site was based on continued growth since our launch in 2011, coupled with increased customer demand for greater delicatessen choices, fresh coffee and seating space, in addition to our fine wine and exclusive groceries lines,” Piot said.

“In response to this, we initially looked to develop our existing premises, but in practice the space available was too limiting and the costs were prohibitive. On hearing that a unit on Beech Road had become available, we decided to explore this route instead.”

Sam Roden, HSBC’s area director for Greater Manchester, said: “Epicerie Ludo is a great example of a local business that is building its success both organically and through additional bank finance. Ludovic and Darren understand exactly what their customers are hungry for and with HSBC’s support, they will now be able to meet this demand.

“We are delighted to be able to help this local business prosper and look forward to watching it as it continues to grow over the coming months and years.”