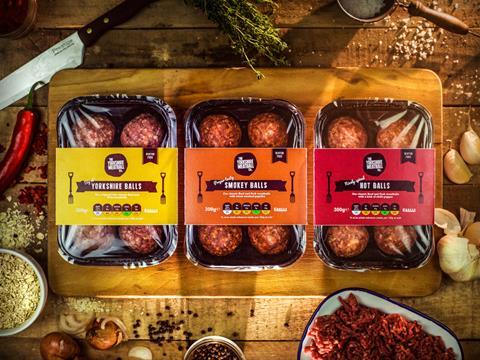 The Yorkshire Meatball Co has become the latest crowdfunded grocery brand to collapse, leaving hundreds of investors out of pocket a little over a year after raising more than £120,000 for expansion plans.

The business, run by father and son David and Gareth Atkinson, raised £123,000 from 220 investors on Crowdcube in April last year to extend its reach into supermarkets with the launch of a branded product, as well as open two additional restaurants.

It forecast in the pitch that it would turn a profit in 2016 on sales of £1.2m, but has not filed accounts for the year at Companies House. Revenues were expected to reach £6.1m by 2018, with profits swelling to more than £600,000 during the period, the business said at the time.

In September 2016, Yorkshire Meatball revealed it had secured listings for a trio of chilled meatballs in more than 140 Morrisons stores across the UK to go live in January, alongside regional wins for a combined 80 Asda and Tesco sites. However, its finances were squeezed in October as increased competition from chain restaurants led to the closure of the company’s Harrogate site.

The delisting of its range this September by Morrisons meant the business could no longer continue to trade.

Insolvency firm Geoffrey Martin & Co was appointed as liquidator on 19 October 2017 after a voluntary winding up of the business by its directors. The 220 crowd investors are unlikely to see a return on their investment, aside from tax relief under the EIS and SEIS schemes.

David Atkinson told The Grocer the closure of the restaurant meant the business did not have the money to invest in the level of marketing needed to raise awareness of the brand.

“We just weren’t able to throw enough at the marketing budget to see a rapid increase in sales growth the supermarkets were looking for,” he added.

James Sleight, joint liquidator at Geoffrey Martin & Co, said: “The company’s financial difficulties arose from a culmination of the historic losses from its restaurant operations and insufficient working capital to promote its products to a wider audience.”

“Whilst repeat demand for its products was strong and the company had been able to build up a loyal consumer following it was sadly not sufficient for the supermarkets and all products were withdrawn at the end of September.

“Despite repeated attempts by management to source further investment for the business to build on its initial success, the company ran out of funds and ceased to trade.”

No employees other than the management team were affected by the collapse as the business outsourced the majority of its operations.

Sleight added that he was seeking a buyer for the company’s brand and assets in the hope that the concept could be revived.

The collapse follows the failure of Lick Frozen Yogurt and gluten-free manufacturer Feel Free earlier this year. The business had raised a combined total of almost £700,000 on the Crowdcube platform, with investors not seeing any return on their money.