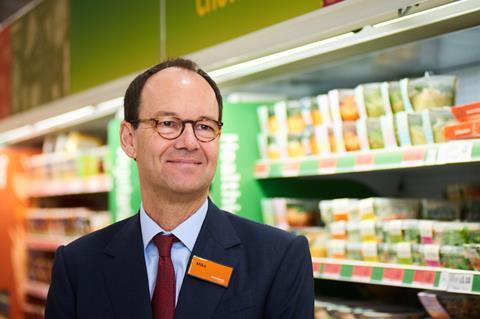 Sainsbury’s is optimistic profits at the retailer will hold up in the year ahead, despite a £500m hit from the major challenges and added costs inflicted by the coronavirus crisis.

CEO Mike Coupe presented a positive forecast for the 2020/21 financial year, with underlying profits hoped to remain at similar levels to the £586m earned in the year to 7 March.

Coupe said the predictions were based on lockdown restrictions easing by the end of June, with disruptions to business from social distancing measures continuing until mid-September.

Sainsbury’s expects strong grocery sales and £450m of business rates relief to help offset a £500m hit to profits caused by significant costs incurred to install protective measures in store, take on thousands of temporary staff and pay for absences, as well as weaker performances from general merchandise and clothing, fuel sales and the lossmaking bank.

“There are many sensitivities that sit behind these assumptions, above and beyond the duration of different stages of lockdown and there is not necessarily a linear relationship between the duration of Covid-19 impact, costs incurred and sales impact,” Coupe added.

“Hence we cannot be more certain of this base case scenario than any other. It is simply our best estimate on each of the assumptions at this stage.”

He said the performance could be worse than expected if the lockdown were to last longer or a second wave of the virus hit.

Unlike Tesco, which was roundly criticised in the media for paying a dividend while receiving taxpayer help on business rates, Sainsbury’s deferred the decision on its dividend until later in the year.

In the seven weeks to 25 April – following the end of the financial year – grocery sales jumped 12% as shopper demand soared, with a 29% increase in the week ended 14 March and 48% in the week to 21 March as the country prepared for an expected lockdown.

The general merchandise division also recorded a 3% rise in sales in the new financial year, as a 9% increase at Argos offset a 22% slump in Sainsbury’s GM growth. Clothing sales and fuel declined more than 50% in the seven weeks to 25 April.

Sainsbury’s predicted high single-digit percentage growth in grocery sales growth through the lockdown period, dipping to low single-digit rises over the remainder of the first half and a return to normal grocery market conditions by the end of September.

Coupe said: “The last few weeks have been an extraordinary time for our business.

“This is an unsettling time for everyone, but I am incredibly proud of the way the business has responded, continually adapting and responding to customer feedback. We will continue to work hard to provide food and other essential products to households across the UK and Ireland who are adapting to a new way of living.”

Revenues were broadly flat at £32.4bn – and down 0.6% on a like-for-like basis – as grocery sales improved throughout the year on the back of investment in the customer offer and lower prices across own label. The supermarket said the new strategy resulted in outperformance of its main rivals.

The annual results are Coupe’s last at the helm of the retailer, with Simon Roberts taking over on 1 June.

Coupe said his six years in charge had been “a rollercoaster ride” but he had no regrets. He added it was “the end of an era” as he signed off from his final press conference.