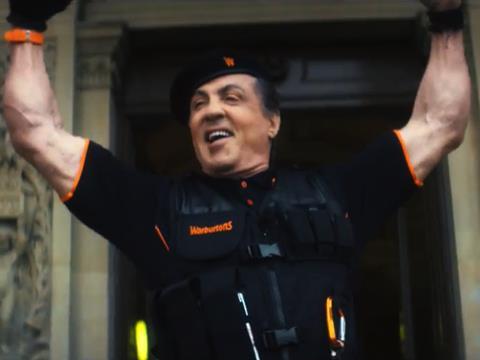 The conclusion in the office is that Warburtons has gone a bit over the top in recruiting Sly Stallone to sell its freshly baked buns and that something more modestly British might save them from looking like jumped-up twits (not the word that was used). Karoline (with a K) suggests Ted Moult as the ideal ambassador for the brand, but none of us know who he is, and in the end she concedes that he’s dead anyway. “Though that hasn’t stopped Galaxy running a powder puff over the corpse of Audrey Hepburn in a bid to sell more chocolate,” she barks malevolently.

We spend the rest of the day trying to cast a new Ted Moult for the modern age and conclude that John Craven would probably be the best bucolic, country-style replacement and all-round spokesman for Britain’s favourite bread. Seizing the initiative, Karoline phones Warburtons to tell them we’ve got a better idea than Rocky but, oddly, doesn’t get through to the charming receptionist featured in the commercial. She’s probably poolside in LA by now.

She may even be sipping Prosecco, which is a tide that shows no signs of going out here, with sales up yet again. We ran a key messages exercise for a Prosecco campaign recently and came up with phrases like ‘cheapskate’, ‘second-best’, ‘lack of class’, and ‘that’s no way to treat your guests’ as brand language. As a drinking nation we’ve moved on a bit since Babycham and Pomagne, but not that far.

In the name of progress, we’ll be backing rosé this spring as our generic ‘go pink drink pink’ campaign kicks in. We’ve even produced a ‘lobster scale’ for skin colour, just in time for the sunshine. Stand by to sizzle.