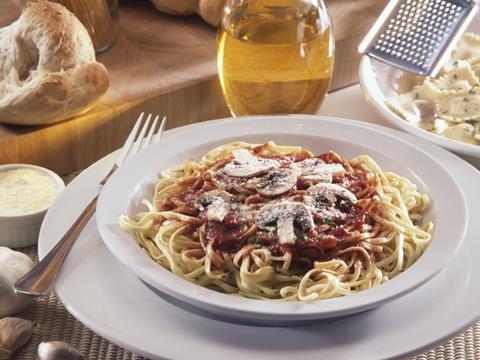 Controversial isn’t the first word that springs to mind for Mary Berry.

Whipping up “scrumptious” dishes in her cottage kitchen on Mary Berry Everyday (BBC1, 6 March, 8.30pm), offering tips on herb-encrusted sea bass and velvety celeriac soup while waxing lyrical on “the perfect marriage” between fruit compote and Greek yoghurt, this is surely Berry at her cosy, comforting best.

The 80-year-old even strapped herself into a beekeeper’s suit, for goodness sake, collecting golden honey from the hive before drizzling it over peaches in a meadow. Hardly post-watershed stuff.

Yet Berry found herself joining the prestigious ranks of celebs bashed by Piers Morgan this week for her (apparently) wildly controversial take on a spaghetti bolognese.

It started calmly enough. Carrots, onions, minced meat and a splash of stock. Some fresh tarragon too. But then Berry got bolder. “I really prefer to add white wine,” she said, to the outrage of the Twitterati and red wine producers everywhere. Then our ‘national treasure’ added a generous dollop of double cream to the bubbling mix (baked in the oven too, but let’s not even go there) for “extra richness” before ditching spaghetti in favour of pappardelle.

Yes, it looked fabulous, Mary. Better than anything I’ve ever made and I’m positive a hundred times more delicious than the Spaghetti ‘Morganese’ Piers cooks alone most nights. But if you learned anything from the outcry at Bake Off’s move to Channel 4, it’s surely that we Brits simply do not deal well with change.