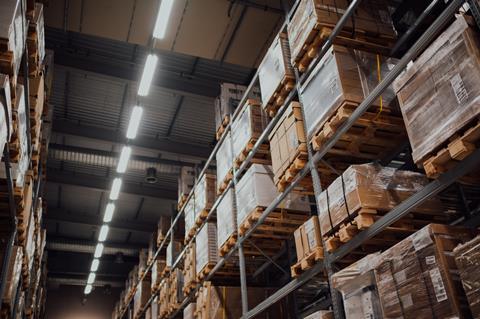 The space is about the same as that lost in physical retail this year as a result of the acquisition of the Debenhams and Arcadia brands by online giants Boohoo and Asos respectively.

Some 49 new large distribution warehouses, each over 85,000 sq ft and dubbed ‘super sheds’, registered to pay business rates for the year 2020, according to analysis by real estate advisor Altus Group.

The research also highlights the regions across England and Wales that saw the most new super sheds opened in 2020. A ‘golden triangle’ spanning from Northamptonshire up the M1 to East Midlands Airport, and west as far as Tamworth, saw 6.07 million sq ft of new super shed floor space registered, double that of the next region, the east of England, which gained 2.77 million sq ft.

Corby in particular accounted for a big share of the growth, with 2.15 million sq ft of super shed space, more than a third of all the new space in the East Midlands.

Super sheds occupied a total of 416 million sq ft at the end of 2020 in England and Wales, equivalent to about 5,416 football pitches, according to Altus. Sports Direct’s warehouse in Shirebrook remains the largest super shed, at 2.58 million sq ft.

“Online only retailers now account for 17% of the occupier base of the 100 biggest super sheds,” said Altus Group UK president Robert Hayton.

“Surging demand has led to major investment opportunities, particularly for overseas investors, as the race for space continues to intensify, which will undoubtedly impact tax liabilities at the next revaluation in 2023.”