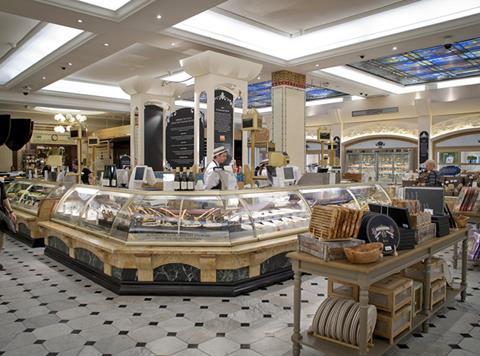 Harrods sales have topped the £2bn mark for the first time as tourists cash in on the weak pound.

Like-for-like profits also increased by 19% to £233.3m for the year, which enjoyed a “robust start” as tourists benefited from favourable exchange rates.

Harrods said the rest of the year continued along this “strong trajectory” and singled out its fine watches, jewellery and fashion departments for delivering a particularly “strong performance”.

Over the past year, Harrods has spent £50m on expanding and improving its network. It has particularly focused on creating luxury boutiques, primarily in its Knightsbridge store but also at airports.

The business has also completed the refurbishment of the grand entrance hall at its flagship London store, opened a wellness clinic, and made “substantial investment” in its digital business.

Harrods said it expected capital expenditure to continue to increase over the coming years as it pressed ahead with “ambitious store development plans”.