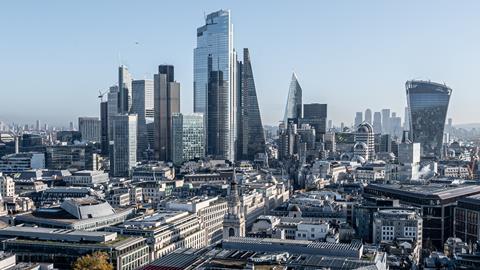 Why investors are getting jittery over The Hut Group

The only thing that gets the City talking more than a meteoric rise in shares is an equally dramatic fall. The Hut Group (THG) has done both this year. At the start of 2021, it seemed untouchable. Revenues were high and big names such as Coca-Cola, Nestlé and Unilever were signed up to its DTC services. Those clients are still there – but this week, stocks sank to a record low of 285p, down from highs of nearly 800p in January.

The plummet in prices came after a Capital Markets Day briefing with founder Matt Moulding. Still, THG itself seems confused at why the briefing resulted in such a crash – and pointed out that “no material new information was disclosed at the event”. So what’s going on?

The City backlash seems to boil down to a number of factors. THG has always been a fairly secretive and complex business. Not many people fully understand the inner workings of its different divisions, which include its tech-focused Ingenuity arm, its OnDemand ‘personalisation platform’, a beauty arm that owns online retailer LookFantastic, and a nutrition division that houses snack bar brand Myprotein.

Until now, that hadn’t been a problem. But when THG announced it was planning to spin off its beauty arm – which accounted for £752m of the group’s £1.6bn revenue in 2020 – investors were understandably spooked.

Instead, THG wants to concentrate on its Ingenuity arm, which generated just £19.3m by comparison. It sees huge potential to grow this figure, having secured partnerships with likes of Coca-Cola Europacific Partners, which earlier this year told the Grocer THG would “allow us to further optimise our range across all of our customer channels”.

This potential was reflected in SoftBank’s investment in the Ingenuity arm earlier this year, which valued the division at over £4bn (and prompted Moulding’s decision to split up the business).

But Ingenuity is less well understood than the beauty arm – and there are concerns that it may be a case of smoke and mirrors. Earlier this month, investment firm The Analyst allegedly advised its City clients to give “overhyped” THG a wide berth and singled out its tech division for criticism.

There are valid reasons behind these concerns. Andy Halliwell, senior client partner at Publicis Sapient, points out Ingenuity not only accounts for a small amount of revenue, but “there is a lot of concern around businesses that claim to be ‘technology platforms’ but turn out to simply be a spin on an existing business model”.

Moulding was hoping to alleviate those concerns – and convey the full potential of Ingenuity – in his latest briefing. However, he “didn’t have the answers investors and shareholders expected”, says Halliwell. And so shares fell further.

It may simply be a case of miscommunication. The Guardian suggests analysts had hoped to receive more information about the major clients of its Ingenuity division. Last year, Moulding admitted he could explain things better (at that time, he was talking about the group’s float). Or perhaps there was nothing to communicate that would have reassured investors.

Either way, THG will have to be far more specific about its model and clients if it has any hope of regaining its status in the City. Because providing “no material new information”, as it said in its statement, seems to be exactly the root of the problem.