Goose Island to roll out Midway IPA to the off-trade 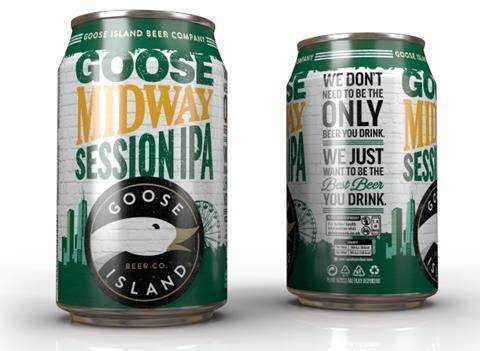 AB InBev-owned Goose Island is readying its Midway IPA for its debut in the off-trade.

The beer had “a bright hop aroma with tropical and mandarin notes” which gave it “an accessible flavour profile”, said the brand, and is made with Hallertau, Amarillo, Centennial and Mosaic hops.

The launch will be backed by a digital and out of home campaign.

This makes it the ninth biggest craft alcohol brand in the UK, as our Britain’s Biggest Alcohol Brands 2018 report revealed last month.