Neil Turton: My Local will have a true c-store focus 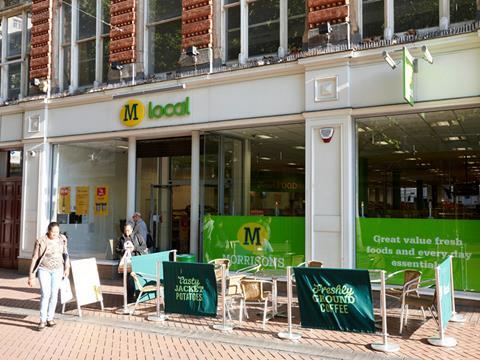 As My Local gears up to open its doors next week, new trading director Neil Turton has vowed to bring a true “convenience focus” to the former Morrisons c-store estate - with the help of Nisa, where only 10 months ago he was CEO.

The Mike Greene-backed venture will take over 130 M Locals from Morrisons this weekend, opening them as My Local stores from Monday.

Organising the conversions had been a “huge task” Turton said, but the prospects were hugely exciting - especially once the stores were run in a true convenience spirit.

“This is not a criticism of the teams in the stores or Morrisons, but they haven’t been run with a convenience focus,” the former Nisa CEO said. “The average turnover per store is bloody good - way higher than I was used to at Nisa - and the people in stores are really enthused.”

My Local would look to make improvements to store layouts as well as ranging and pricing, “and also give the store managers a degree of autonomy, which they’ve not had in the past,” Turton added.

This could include sourcing local products. “The opportunity is to try to tailor the stores to their localities and to get better use out of space and to listen to the stores.”

Turton joined My Local full-time this week, having previously been appointed a non-executive director.

My Local has a £1bn supply deal with Nisa, and Turton said his experience at Nisa had been helpful in getting My Local ready for launch.

Although Nisa is My Local’s primary supplier, key areas such as food to go and bakery had to be set up separately, Turton added, as “a huge amount of stuff is going direct to store.” Coffee is “a really strong part of the offer but it’s supplied by Morrisons. Nisa don’t do it but it’s now sorted.”