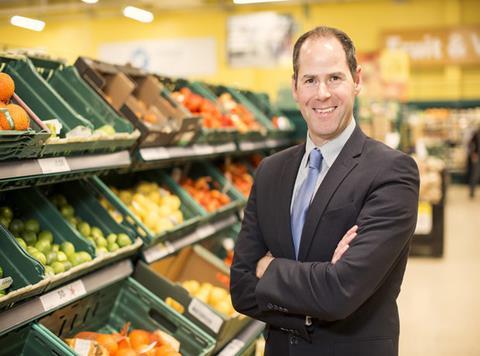 Tesco has appointed Stephen Magill as its commercial manager in Northern Ireland.

Magill, previously regional manager of Tesco Express stores in NI, will lead a commercial buying team at the company’s regional office in Newtownabbey.

He will be responsible for all the commercial functions within Northern Ireland including the procurement of local food and drink products, currently worth almost £590m per annum.

Magill joined Tesco in 1993 and has held several different positions in management, including roles in Central Europe.

In his new role he will report to NI stores director Brendan Guidera. He replaces Sean Largey, who left Tesco to manage a family business.

Magill said: “This is a particularly exciting role within Tesco as we are the only part of the UK business to have a region-based buying team and that is testament to the wealth of produce available here and in recognition of how important Northern Irish food and drink is to local customers and the industry.

“During my long career with Tesco I have seen how it has supported and partnered with local food and drink businesses, helping to bring their products to market both here and in our GB stores, and I am really excited to be part of that continued journey.”

Guidera added: “Stephen brings a wealth of expertise and industry experience to his new role as commercial manager. He has been a key member of what is a strong local leadership team for several years.”