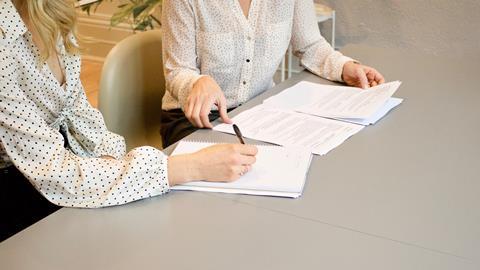 Diversity. It’s a loaded word. Not least within the context of a workplace.

Throw into the mix a traditionally male industry like, for example, wholesale, and ensuring the D-word is addressed requires some additional oomph.

For some organisations though, including people with two X chromosomes at board level is still proving too tall an order. Even in 2020.

Take Unitas, the country’s largest wholesale buying group. This week it announced a new lineup of board members, with the specific purpose of better reflecting its diverse membership.

And it is diverse: this colossal organisation is made up of 171 wholesale companies operating 285 depots nationwide, with a collective turnover exceeding £8.5bn.

The trouble is, this move to a more ‘diverse’ board is missing a crucial element: a woman. The leadership team has dropped from 16 men to 12.

The testosterone-packed board said they have mitigated this by ensuring a senior female member would sit in on board meetings to provide ‘insight and input’ and promote a pipeline of future female applicants.

But why does that responsibility fall to the token on-loan woman? Why is the board not making diversity priority numero uno?

It is staggering when you consider the latest statistics from campaign group Women in Wholesale (WiW) show women account for 47% of employees working within the industry.

And while we’re at it, here are a few more stats that should make Unitas MD Darren Goldney et al sit up and listen: 88% of MDs and HR personnel surveyed by WiW said they believe a gender-diverse workplace is positive, 63% said businesses are not doing enough to achieve gender parity, while 57% want more female representation at board level.

Perhaps a leaf could be taken out of the Federation of Wholesale Distributors’ book. It elected its first female chairman this year, Country Range’s MD Coral Rose.

Elsewhere in the industry, women continue to play second fiddle. This week Asda announced that its female staff are paid 6.5% less than its male employees. And that’s after its gender pay gap had narrowed by 1.1% on the previous year, according to information shared to the government

That’s not to tar the industry with one brush. The tide of change is bubbling away in many corners, and those helping to facilitate it should be applauded.

Making a name for herself – and a big impression on the wholesale industry – is Elit Rowland, founder of Women in Wholesale.

The organisation campaigns for equality and runs a number of events promoting and supporting women in the industry. WiW receives sponsorship from some of the top players, including Booker and JJ Food Service, and is supported by the FWD. Meanwhile, GroceryAid continues to fly the flag: its annual diversity and inclusion conference takes place this year in March.

“There is an issue which has caused great debate within our Women in Wholesale discussions and that’s whether you should positively discriminate to employ more females,” says Rowland. “Particularly as women tend to lack the confidence to put themselves forward for more senior level positions despite having more than what it takes.

“Industry leaders should revisit company policy on board member criteria to widen their talent pool – as an industry, women account for at least half of the customers that we serve so businesses that truly put ‘the customer’ at their heart are ones that represent a diversity of thought.”

Here, actions speak louder than words. Time-old traditions and tired criteria need revisiting to give women a chance to balance the boardroom. Men own more wholesale businesses than women. Men hold more MD positions than women in that industry. To get the ‘diversity’ the likes of Unitas claim to crave, the rules will need to be broken.

Imagine a world where the word ‘diverse’ doesn’t need to exist, because the concept is ingrained. Automatic. Subconscious.

With boy’s club culture left in the past.