The IPO market supposedly has retail indigestion, but if another Poundland came along investors would soon regain their appetite.

The company listed at 300p a share in March and is currently trading 14% above that level after posting strong sales and profit growth for the year ended 30 March 2014 today.

Poundland is one of a tiny handful of 2014 IPOs trading above its launch level – another notable exception being B&M Retail, which floated in June.

There is little doubt the pair have benefited from investors’ desire to gain exposure to the booming retail market. The argument goes that because UK investors cannot buy shares in privately held Aldi and Lidl, they are buying up the next best thing in their value rivals Poundland and B&M.

But seeing Poundland purely as a sector player is to downplay the company’s own impressive growth story. 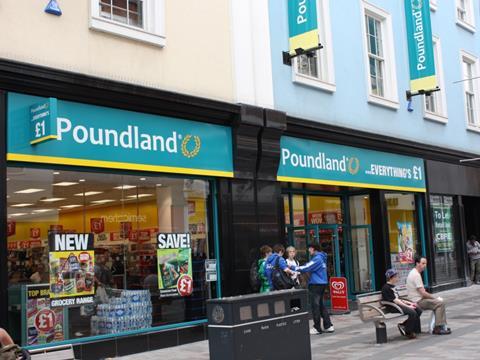 Poundland’s growth is not to be sniffed at

In an additional update on current trading, Poundland said it had seen an 18% increase in first-quarter sales to £262.6m.

The sales uplift was primarily down to non-organic growth, having opened 70 (net) new stores during the year and laid out capital expenditure of £17.6m. The story is likely to be similar for the 2014/15 financial year too, with the company committing a further £20m of capex to open 60 new stores in the UK and Ireland this year and to launch a new 350,000 sq ft distribution centre in Harlow this summer.

But underneath this expansion-driven double-digit growth, Poundland is also squeezing more sales from its existing estate. Full-year like-for-like sales were up 1.9% year-on-year, but analysts estimated that the lfl growth rate increased to over 3% in the final quarter of the year and the rate rose higher still in Q1 of 2014 (perhaps as high as 6%).

Analysts and investors were pretty much unanimously impressed by Poundland’s figures. Shore Capital upgraded forecasts and commented “Poundland merits a central position in any portfolio wanting exposure to UK general retail”, while Conlumino added: “A public listing and meteoric sales growth suggests that Poundland is putting the foundations in place to drive single price retail forward even as austerity begins to fade.”

There are a couple of caveats to this universal positivity. Firstly, Poundland trades at a p/e multiple of just under 30. Not only is this vastly higher than its more mature UK listed contemporaries, it also suggests that future growth prospects have already been priced in to a large extent.

Secondly, Poundland is operating in an increasingly competitive discount sector (with companies like Poundworld and 99p Stores also growing quickly) at a time when the UK economy and consumer confidence is improving – which could take the froth off discount growth.

Poundland is also expanding into the unknown, with the launch of the first Dealz branded store in Spain this week and its widely expected online launch – something that remains largely untested in the budget sector.

Nonetheless, Poundland looks to have more upside than down at the moment – particularly as the company expects to pay an annual dividend payment in January 2015, potentially opening the stock up to new investors.