Chicken sales soar on back of price cuts 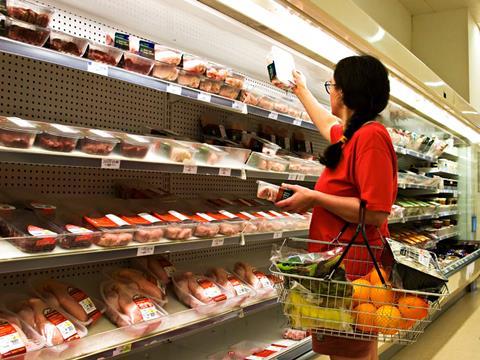 “The chicken category has been stimulated by price reductions bringing in nearly half a million more shoppers over the period, whilst existing shoppers are buying more often,” said Nathan Ward, Kantar Worldpanel business unit director for meat, fish & poultry.

Breasts accounted for half the volume growth in chicken, he added, while chicken legs and whole birds drove the growth in promotions.

Asda is leading the pack, accounting for 31% of all deals. The retailer has offered whole birds on a buy-two-for-£6 multibuy since the year began, as well breasts, thighs, legs and wings on 3 for £10. It has also rolled back prices on chicken SKUs, including own-label drumsticks and thighs down 34p.

Morrisons ramped up promotions on chicken the most year on year, offering own-label whole birds on a three for £10 deal since January, and recently cutting 31p off own-label chicken thighs and 28p off mini fillets.

BPC policy director Richard Griffiths said higher sales showed consumers had confidence in chicken’s “versatility and convenience”, whether as ready-to-cook products or to cook from scratch.