Could progress on food waste be decimated by no-deal Brexit border queues? 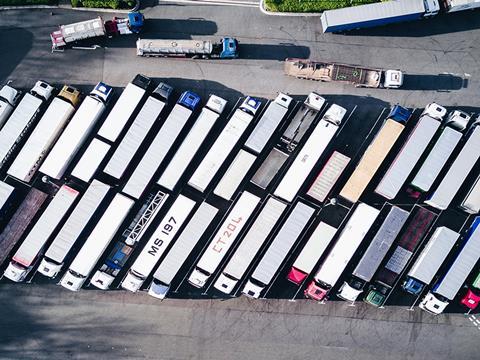 Food waste is high on the agenda of supermarkets, farmers and growers. With many people turning to food banks, it makes social as well as economic sense to use the food we produce as efficiently as possible.

Brexit is likely to lead to long-term, structural changes in the kinds of food we produce, but in the short term, how might Brexit contribute to food waste?

If fewer EU agricultural seasonal workers are allowed into the country, there is a risk that produce will not be picked, and may rot in the fields.

Produce from the EU may be loaded on lorries, but then delayed by border checks entering the UK. Currently, 30% of the food consumed in the UK is imported from the EU. Border delays could lead to food imports suffering spoilage, shorter shelf lives and waste.

Travelling in the opposite direction, food may need to be dumped by lorries caught in queues outside Dover and other ports. UK food exporters may load up their lorries, but then be held in the queue to Dover on the M20 and M26. For some, the delays could be so long that their delivery is going to be unacceptably late, so it will have to be disposed of. They would need to turn around to leave the queue and return to their point of origin to dump the load, or dispose of it at an approved site near the queue. Some of this food could still be within its freshness limits, so rather than being wasted, it ought to be consumed in the UK, if it can be distributed quickly enough.

Lorries might not be as punctual as before. Round-trip journey times for lorries travelling to and from the EU will be longer, so some producers might find that their haulier cannot provide vehicles and drivers as reliably as before. With lorries sitting in queues, produce will have to be stored at the producer’s site for longer until a lorry arrives to take it to its destination, again leading to the possibility that produce will be less fresh than required.

Less perishable foodstuffs may be stockpiled, in anticipation of delays or a no-deal Brexit, and it could happen that these are not needed or wanted, and without sufficient demand they too might have to be discarded.

Producers have long lead times and will need to plan and be ready to react to whatever form of Brexit comes about. This could mean a shift in what they produce, or developing alternative home markets.

Sadly, it could also mean that some producers and hauliers cannot survive the short-term impact on their business, and may withdraw from the market.

Opinion: Apprenticeships could be the lifeblood of retail post-Brexit

In the longer term, a hard border post-Brexit would mean that we will likely have to structurally change our approach to growing our own food. This will take time to achieve. A long-term shift will likely be needed in the mix of human and animal foodstuffs, and the balance between plant and animal sources of protein.

DExEU’s advice to producers on trading with the EU if there’s no Brexit deal is to consider their role in the supply chains involving EU partners, and start renegotiating commercial terms. The risks of no-deal will need to be identified and mitigated, which could mean more investment in storage facilities and stockpiling.

Brexit will be a significant shock to the system of producing and distributing food in the UK supply chains. In a few years’ time, it could look very different, and there is unlikely to be spare resources and public support that could tolerate high levels of food waste.