KP losses up in first year with Intersnack 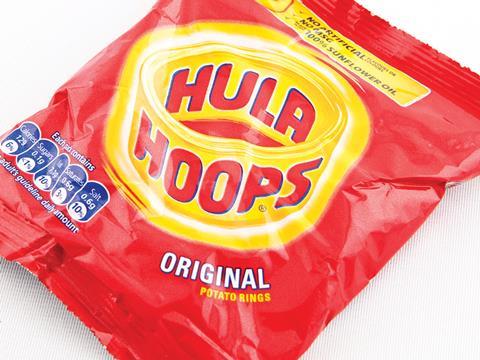 Losses have escalated at KP Snacks in its first full year under the ownership of Germany’s Intersnack.

Writing in the accounts, KP said the year was “challenging… with significant economic headwinds and a weak market”.

The Hula Hoops maker said it had delivered underlying branded sales growth, but that “in an intense competitive environment it has been difficult to pass higher input costs on to our customers.”

Revenues for the period were up by 14.4%, helped by the longer financial period.

Towards the end of the period KP confirmed it would close its UK factory in Consett, which produced the Phileas Fogg brand and employed around 100 people. KP subsequently announced 70 redundancies at the site, with 29 employees relocated.

However, KP said in the accounts it would continue to invest in NPD, modernising its production processes and technology to “accelerate growth and drive innovation”.

Intersnack agreed to buy KP from United Biscuits in December 2012 for a reported £500m.