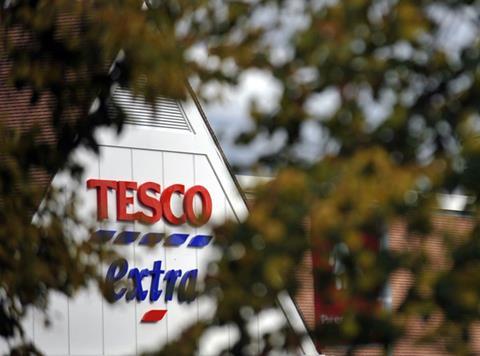 Tesco will revamp all of its larger stores by 2017

Tesco is putting £200m into lowering prices on everyday products.

UK MD Chris Bush told analysts at a seminar today it wanted its prices to be “stable, logical and competitive”.

However, the retailer has stopped short of a fully-fledged price war, with the amount committed less than half the £500m Tesco spent on 2011’s Big Price Drop.

That strategy was widely seen as a failure and then-UK chief executive Richard Brasher, who spearheaded it, was subsequently one of several high-profile casualties at the retailer.

Tesco’s “new approach”, as Bush described it, was revealed today after Tesco chief executive Philip Clarke paid tribute to the success of its discount rivals, as well as upmarket retailer Waitrose.

“I pay tribute to my competitors,” said Clarke. “Many of them have done a great job. I would pick Lidl, Aldi and Waitrose in particular.”

However, Clarke promised to speed up the revamp of Tesco’s larger stores, which have been hardest hit by the move towards convenience and online.

All 300 remaining large stores not yet revamped would be completed by 2017, Clarke said.

Bush added that the retailer planned to make each of its large stores a “compelling destination” and would be slowing down the upgrade programme to its smaller stores to concentrate on its hypermarket estate in 2014.

Tesco said 105 large stores would be revamped this year following pilots in Watford, Coventry and Purley.