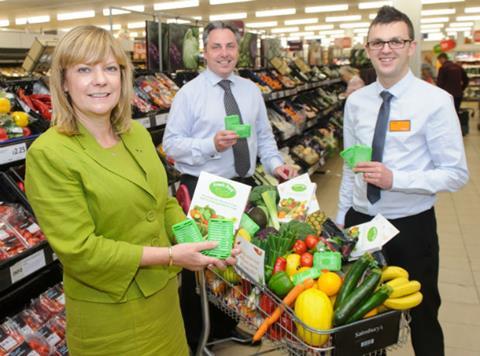 Sainsbury’s has invested £1m in the Fresh Pod scheme

Equipment to cut food waste is set to be trialled in thousands of fridges thanks to a cash injection by Sainsbury’s.

Ten thousand households have now been handed a Fresh Pod by West Suffolk Council after the local authority successfully bid for £32k of funding from the supermarket as part of its Waste Less, Save More initiative. Small enough to sit in a domestic fridge, the pod extends the shelf life of fruit & vegetables, helping to reduce the £700 of food chucked out by most homes each year.

“It is really encouraging that Sainsbury’s have got behind the issue of consumer food waste,” said Fresh Pod director Valerie Watson-Brown. “It is shocking just how much fresh produce is thrown away and getting Fresh Pod into the household fridge is a major hurdle for us and makes so much sense.

“The technology is already being used extensively across the UK and Europe in the commercial world and by getting to the end user we can now protect fresh produce from the point of harvest right through to when it ends up on a plate.”

The pod works by absorbing the ethylene gas given off by fresh produce as it ages, helping to keep food fresher for up to four times longer, says the company.

The project was one of many to benefit from the extra £1m invested by Sainsbury’s in November as part of its five-year, £10m food waste initiative to help consumers reduce waste.

“We’ve learnt a huge amount as a result of a 12-month pilot we did with Swadlincote,” added the retailer’s head of sustainability Paul Crewe. “We now have a far deeper understanding of how to help households waste less food and save money, as well as the scale of the challenge.

“We are looking forward to the next stage of our journey, working with communities across the UK and encouraging further momentum through our 10-point plan.”