RM: People like penguins. They’re fluffy and cute. Even children can be somewhat engaging if used sparingly in festive ads. But there are surely very few people who have any empathetic feelings towards carrots. They are inanimate, orange and hard. And the one that’s the ‘star’ of this terrible ad (christened Kevin in a gratuitous insult to anyone called Kevin) appears to be either stupid or suicidal. A vaguely menacing voiceover from Jim Broadbent doesn’t help. There is one good ‘grate’ joke, but the overall effect is as appealing as a tinsel-wrapped reindeer turd. 3/10

SG: Kevin the carrot is Aldi’s answer to Monty the penguin and Mog the cat. I’m not quite sure why Kev’s so intent on meeting Santa, knowing Rudolph is usually in tow… but I’m sure he will bring Aldi’s year to a positive close. Bring on the Kev merchandise. 7/10

NG: Aldi could have positioned itself as the unspoken secret to getting the Christmas you want at a price you can afford, but instead it has chosen to become a fully-fledged part of festive feelgood by creating a cute Christmas hero in Kevin the carrot. The work employs the magical British heritage of Jim Broadbent to narrate the journey of Kevin as he embarks on his exhausting perilous journey to meet Santa, only to awake on an antler as the incentive for a reindeer. The work is high class, with rewarding details at every turn, but I’m left wondering what the consumer will take out. Fuzzy warmth and quality food yes, but the campaign thought of ‘Everyday Amazing’ feels tricky to apply at Christmas and this version lacks the core product proposition to truly ground it. 6/10

RM: Asda’s tribute to gluttony is as unrealistic as it is unappealing. Who are all these greedy people and why are they sitting too close together? Is the supposed ‘never-ending table’ not big enough for them? There is nothing remotely engaging happening here. The focus is on people frantically stuffing themselves, and a voiceover claiming some of this food (“turkey, seafood, cheese and more”), is award-winning. Why then, does it (especially the salmon) look so unappealing? Apparently there are 26 ads in the series and to be fair, the others I have seen so far are much better than this. 4/10

SG: Asda is introducing a range of short films to convey its range of Christmas goodies, from award-winning cheese & wine, through to the hilarious Christmas jumper. The first of the series depicts another Christmas dinner scene with a very large family. Possibly not large enough to address Asda’s falling sales. 5/10

NG: This year Asda has shunned the fame of an emotional blockbuster for a suite of 20-plus short time-length ads, each using the endline ‘Christmas Made Better’. The ads are almost instructional in their execution, this one referencing the universal phenomenon of endless table etiquette, the ads work as a formula to repeatedly embed Asda as there to help tackle the raft of little challenges and choices that come your way over the festive period. While they lack the grandeur we’ve come to expect at Christmas, I can imagine these working well on a practical level to solve all the little ‘what about’s’ that pop into your head while enjoying Christmas. 5/10

RM: At least this traditional ad is executed with a dash of wit and some visual appeal. While the tagline absurdly over-claims - ‘Morrisons Makes Christmas’? of course it doesn’t, it’s only a shop - the Trivial Pursuit theme and the family engagement is nicely paced and played. What it fails to do is differentiate Morrisons (beyond a bit of in-store product preparation) from any other retailer. Everyone sells this stuff, and in the real world every retailer’s offering is pretty much as good as every other. So Morrisons advertising may be a bit better than some of its competitors, but I doubt it will have any effect on sales. 6/10

SG: Predictable, conventional, and - would you believe it - focused on food. Morrisons Makes It is the rallying cry with this first effort, showing a boy (who must be clever because he wears glasses) swotting up for an annual game of Trivial Pursuit with grandad. Mum and the helpful staff at Morrisons who nudge him along the way surely must want to drink shedloads of Baileys to erase this from memory. 4/10

NG: Rather than create a one-off campaign for Christmas, Morrisons has stuck to its established role as the supplier of good honest food for good honest folk. This time, the ad uses the medium of a child preparing for the annual family post-lunch Trivial Pursuit game, to bring to life the role Morrisons can play in helping you prepare for Christmas, even delivering answers for the big game. Over the course of the year, Morrisons has put a lot of effort in to embedding the ‘Morrisons Makes It’ campaign, so it’s good to see the company having the confidence to continue building its brand at the key trading time of the year. 5/10

RM: Like Asda, Tesco is also running a ‘portfolio’ campaign, and is off to a much better start with this one. The beautifully written internal monologue of Ruth Jones’ character Jo will chime with many a shopper forced to endure Slade in November, and turns neatly from festive cynicism to anticipated pleasure. Even the intensely annoying Ben Miller isn’t given enough time on screen to overact and bugger up the mood. Let’s hope the rest of the ads keep up this standard. But this still doesn’t say anything about why Tesco is a good place to shop, though at least it doesn’t make its customers look like idiots though. 8/10

SG: Jo is the only shopper I’ve seen in a Tesco that stops for more than 30 seconds (even its queues move more quickly). From baubles to Baileys, Tesco is ‘ready to help’ shoppers, and Jo’s ‘bring it on’ call to action will probably seal the retailer’s confidence reporting best year on year sales since 2013. Jo - one piece of advice though. Don’t use your Tesco Bank card. 6/10

NG: Tesco has always owned the in-store experience. From Dotty to the latest campaign, it has avoided trying to impose itself in the home, instead focusing on the shopper. This new campaign elegantly uses Ruth Jones’s inner monologue as she works through the range of emotions from irritation to hassle and effort, funny quirks of family members to eventually embracing the irresistible force that is Christmas, summed up in the line Bring it On. This ad works well to simply show how Tesco empathises and is there to help shoppers embrace their Christmas. It even makes the store feel calm - a Christmas miracle. 7/10 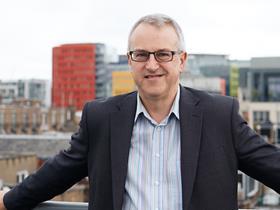 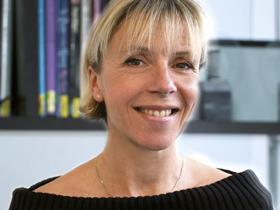 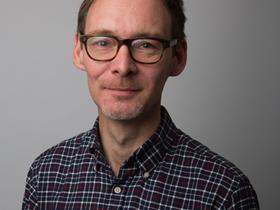